Dreaming about Immortality has a long history, almost as long as the failed quests to achieve it. And during all these years and years, the solutions for achieving immortality can fall in several categories.
The first is to take some kind of “magic pill” – be it the fountain of youth, the elixir of life, the holy grail, till modern medicine of genetic engineering.
After the magic “pills” proved to be a failure, the second attempt was through more creative endeavours, such as building a monastery, a temple, making a sculpture or painting, till nowadays when we talk about digital immortality and I guess soon about virtual immortality. And, of course, there were always the “party-spoilers”, the ones asking: why to be Immortal?

Humanity has changed in many ways, but the hope of the dream of Immortality remained and generation after generation, trying to find it in different ways or forms.
So, keep with us as we travel alongside the deepest human dream, to see all (the failed) trials.

From the fountain of youth to medicine and genetics: the dream of a magic pill!

One way to answer the question “how to achieve immortality” was to take something that will make you young and able to live forever. This miraculous external “aid” that once taken will change our body is a dream that we share with our ancestors from all over the world.

In ancient times, in every corner of the word, efforts were made to find magic potions. For example, tales about the Fountain of Youth – a mythical spring, allegedly restores the youth of anyone who drinks or bathes in its waters – are around for thousands of years. They appear as early as the writings of Herodotus (5th century BC), in the Alexander romance (3rd century AD.)
The legend became particularly prominent due to the Spanish explorer Juan Ponce de León who searched for it in Florida in 1513.
Well, he did not find it, but after years and years, you can taste the history and water at The Fountain of Youth Archaeological Park

Each cultures has its own recipe for immortality.

In India, the answer was: Amrita – which literally means immortality, and signifies the nectar (soma) of the food of Gods/Devis. References appear in many spiritual texts, and it is even often the cause of conflict between higher and lower spirits who want to steal it from Gods.

Christians searched for the Holy Grail.
It is believed that this is exactly the cup from which Jesus drank during the Last Supper, and into which Joseph of Arimathea then collected the blood of Christ while he was suffering on the cross.
King Arthur and the Knights of the Round Table seem to be the only ones who managed to find the Grail, and Sir Gilead is the only one who was granted immortality by it.
To be awarded this honor, it is not enough to find the Grail, you must have an exceptionally pure soul.

In Asia, Chinese mythology focused on the Elixir of Life or Alchemy.
The most famous Chinese alchemical book is the Tan chin yao chüeh (“Great Secrets of Alchemy”), probably by Sun Ssu-miao (AD 581–after 673). It is a practical treatise on creating elixirs (mercury, sulfur, and the salts of mercury and arsenic are prominent) for the attainment of immortality, plus a few for specific cures for disease and such other purposes as the fabrication of precious stones.
Another ingredient for immortality from Chinese mythology are the Peaches of Immortality. These are consumed by the immortals due to their mystic virtue of conferring longevity.
Peaches symbolizing immortality (or the wish for a long and healthy life) are a common symbol in Chinese art, appearing in depictions or descriptions in a number of fables, paintings, and other forms of art.

But, nowadays, medicine has taken a scientific approach to study aging and immortality. Firstly, it looked to nature, asking why some animals live longer?
The Immortal Jellyfish, Turritopsis dohrnii, cheated death by reverting from adulthood back to its polyp stage when threatened with danger or starvation.
The jellyfish became the subject of a project done by bio-artist Robertina Šebjanič. “Aurelia 1+Hz / proto viva generator addresses the possibilities of coexistence of animals and machines.
In contrast to robots, which are driven by digital artificial intelligence, the project uses a live organism to process the “aliveness” of a simple machine.”
Aurelia 1+Hz / proto viva generator

Why can’t humans do it?

By studying animals, researchers have found that caloric restriction might play a role. Animals that have an intake of 30% less calories, live 30% longer. As such fasting has
If aging is at least partially governed by genes, the key is to isolate those genes that control it.
These researches show that it is not about living longer and ill, it is all about extending lifespan, while we can stay healthy and diminish the effects of aging.
Thomas Perls of Boston University analyzed the genes of centenarians and identified 281 markers for genes that seem to slow down the aging process and somehow make these centenarians less vulnerable to disease.
It is not only one gene, but it is these combinations that make people live longer.

Also, much research shows that aging is the accumulation  of  errors  in our  DNA  and  our  cells.  The hope is to study those genes and to start reversing the process or trigger the self-reparatory power from the genes. There are some other approaches as well. One is to study the role of telomerase in the process of aging, and reversing it. Replacing ill human organs – either by cloning them or by artificially growing them in labs – is another path investigated by medicine. (Read more on Science Daily or Drug Review
Discovering the secrets of DNA is another way to investigate. The powerful CRISP technology is a tool for editing genomes, allowing researchers to alter DNA sequences. Jennifer Doudna and Emmanuelle Charpentier shared the 2020 Nobel chemistry prize for their discovery. It is still in the beginning, but it could be applied in the treatment diseases by correcting genetic defects.

Given the rapid advances in BCI (brain-computer interface) and genetic engineering, it may be possible to create enhanced bodies with new skills and potentials. Some researchers dream of at least enhancing ourselves and sharpening our senses, if not to become immortal.
“Bionic eyes” project promise to provide artificial vision to visually impaired people who could previously see. It consists of micro-electrodes surgically placed in the eye or in the brain.

When it comes to body enhancement, artists also started to experiment. Stelarc, the award-winning Australian performance artist, has grown a third ear on his arm. The EAR was constructed using a frame made out of biocompatible material that is used in plastic surgery. After it was transplanted into his arm, the artist’s own tissue and blood vessels morphed with the material and the ear is now a living, feeling, functioning part of his body.

Another level of the artistic project Ear on Arm -Engineering Internet Organ would be to implant a wi-fi enabled microphone so that one can listen to what is happening in other parts of the world. (All photos copyright: Nina Sellars)

Scientists are on board to make real phenomena like telepathy, video-taping our dreams, implanting new memories into our brains, or performing telekinesis.

And, Iron Man is not in SF anymore, but can become reality.

Bio-artists examined, questioned and experiment with the topic of immortality

The installation made by Joaquin Fargas is composed of a bioreactor containing living heart cells and a multimedia system. The cells are kept alive into a Petri dish, a container that allows them to be fed with nutrients and to grow over a substrate.

The cells are heart rat cells that have no information in their DNA about ageing. Immortality marks a beginning, the possibility to alter a main human condition: mortality, creating a new being that transcends both death and deterioration of the body, considers the artist (downloads presentation)

you can read our articles, here

Immortality for two is a collaboration project between artist Marta de Menezes and her partner researcher Luís Graça (UNICEL Group, Intituto de Medicina Molecular), where the two of them immortalized each other immune cells 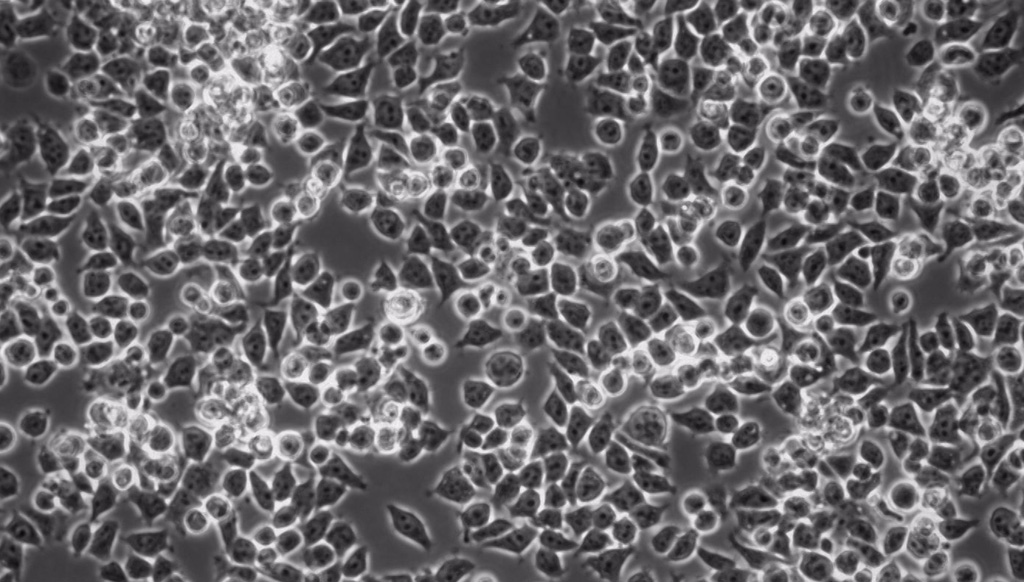 This was achieved by introducing cancer-inducing genes in the cells with a viral vector. The immortal cells, although derived from two people in love, as they derive from immune cells involved in the body defense cannot interact or they will be mutually rejected.
Thus, Immortality comes at a price – and that price is perpetual isolation.
The live cells will be exhibited in the absence of any visible lab equipment, and the tension created by their isolation will be emphasized through two live projections of the growing cells that partially overlap.
Only in the virtual space of their projection the immortal cells can interact.

And there always were more crazy ideas about how to become Immortal.
Sometimes, creatives are too creative, and controversial solutions can come up. And one such is the revival of the oldest myth that drinking the blood of a young person can make you live longer.
The Vampire Dracula did it, but also Hungarian Baroness Bathory became immortal in history books for killing young kids for their blood.
Moving to our contemporary life, scientist Amy Wagers at Harvard University found a rejuvenation effect in mice after the circulatory systems of a young mouse and an old one were hooked up. She isolated a protein called GDF11 that seems to underlie this process, but one year later the study was challenged and researchers stated that it was controversial. (more about study of protein GDF11 read on Science platform )

Never the less, the idea remained in the minds of wanna-be-millionaires. Startup Ambrosia was really offering to rejuvenate people with infusions of young blood, for $8,000 for a liter, till FDA shut it down.

Nevertheless, in Silicon Valley (the series), you can see the practice:

And startups are meant to fantasies about every-impossible thing….including making a salami from celebrities.
Launched in 2014, BiteLabs grows meat from celebrity tissue samples and uses it to make artisanal salami.

So, now, you can really eat your favorite artist and become as talented as him/her/they. Of course, it is a joke….. Well, we hope so 😀

Finding and taking miraculous solutions proved to be not-as-much a success across history. But, even if we did not achieve immortality, all these researches helped us in prolonging our lives, finding cures, living healthier, discovering our biology, and asking questions about our roles.
Still, the dream continues, because really, who can deny it: wouldn’t it be nice to… just to take that pill? For example like in.. Lucy (French science fiction action film written and directed by Luc Besson) We recommend the interview made by THEGuardian with creator of Lucy movie

But, when as human beings, plan A fails us, we always have a plan B.
Our ancestors’ plan B was… turning to art, our plan B is similar.
But stay with for a next chapter about immortality.